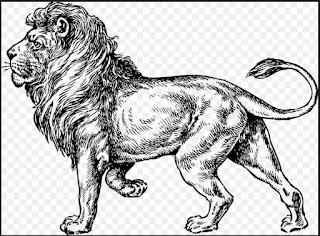 The situation of lions mirrors in so many ways the position of animals more generally in this over-industrialised world.

We think of the mighty lion as king or queen of the jungle and as an iconic role player in the food chain. We savour the lion's presence in our subconscious, in our dreams and in the imagination of children. But the reality is grim and bleak:  the lion is often held captive, kept for breeding, used in canned hunting, poached and has its body parts transported by operators along smuggling routes. Cubs are often taken away, used for zoo petting and raised to be similarly killed for financial gain.

This year the issues come to a head with the United Nations' CITES conference in South Africa at the end of September and the IUCN conference in Hawai. The latter conference focuses on "conservation " and achievement of the sustainable development goals, with a dominant focus on climate change. But it may also present an important platform, especially since the IUCN (according to a list it released in 2014) noted that the African lion populations have experienced an overall decline of 43 per cent between 1993 and 2014. The CITES conference will look at the issues of "trade" and "endangered species" -- as such, it allows for the issue of lions to be raised more pertinently and forcefully.

These multinational spaces concerned with "lists" of which animals are threatened with extinction and which are endangered themselves pose problems to those concerned about the position of the lion. In such forums, the pro "regulated trade" and "regulated hunting" lobby groups are powerful. Based on their successes in terms of breeding in captivity, they argue strongly for regulated trade. They have a yearning for animals to be taken off the threatened list. They  assert that regulated trade would be good for species protection. However, many of us who have a deep concern for Africa's lions refuse to accept that industrialisation of lions (valuing lions in the main for the hunter's gun and because body parts can be used as trophies and aphrodisiacs) is the way to go.

On the other hand, ten African countries have called for the strongest protection under the Convention on International Trade in Endangered Species (CITES). They have submitted a proposal to transfer all populations of the African lion from CITES Appendix II to Appendix I, according to the organisation  Annamaticus which fights to stop the economic exploitation of endangered species.

Annamaticus states: "The African lion (Panthera leo) has been listed in CITES Appendix II since 1977. However, this mechanism for regulating trade has been poorly implemented for nearly four decades. Appendix II has proven insufficient to halt the precipitous decline of lion populations and the Appendix I listing is long overdue.“

The situation of white lions represent a matter of specific concern. Most members of the public don't realise the precarious and untenable position of white lions. That is because they see them on game farms and in zoos. But there are only 12 white lions in the wild; the rest are in captivity. The critical position of the white lion, however, is often masked because CITES categorises them together with tawny lions.

Against this back background, Linda Tucker and her Global White Lion Protection Trust, has launched the One United Roar (O.U.R.) campaign. This campaign (details here) involves young people from all over the world to highlight the perspective of the lion itself in these debates and discussions.

The campaign involved getting children to upload a simply made video on to the trust's website. Through a combination of public participation and assessment by judges six videos that are most emblematic of the issues at stake. The 6 children will be given an opportunity to visit the white lion territory near Hoedspruit and be given further opportunities to send their message to policymakers. Tucker is on record as saying that with O.U.R. she wants to take the campaign to a visceral level. The aims is – in addition to the rational arguments to properly protect the lions – to get policymakers to hear the message as coming from the hearts of children and in turn to engage from a deeper level of consciousness.

(Lion image by johnny_automatic)
Posted by Frank Meintjies at 09:17 No comments: Links to this post

Elaine Salo, who passed away on 13 August 2016, lived a full and dynamic life. She made a huge intellectual contribution and simultaneously built communities of friendship, practice and deep personal connection with a wide variety of people.

Frank  Meintjies
Posted by Frank Meintjies at 06:38 No comments: Links to this post

The Katlehong Arts Centre played a critical role as a community arts centre over three decades from the mid-70s.

Despite turbulence, institutional tension and, at times, ambiguous political positioning, it made outstanding contributions on many fronts.


Posted by Frank Meintjies at 12:52 No comments: Links to this post